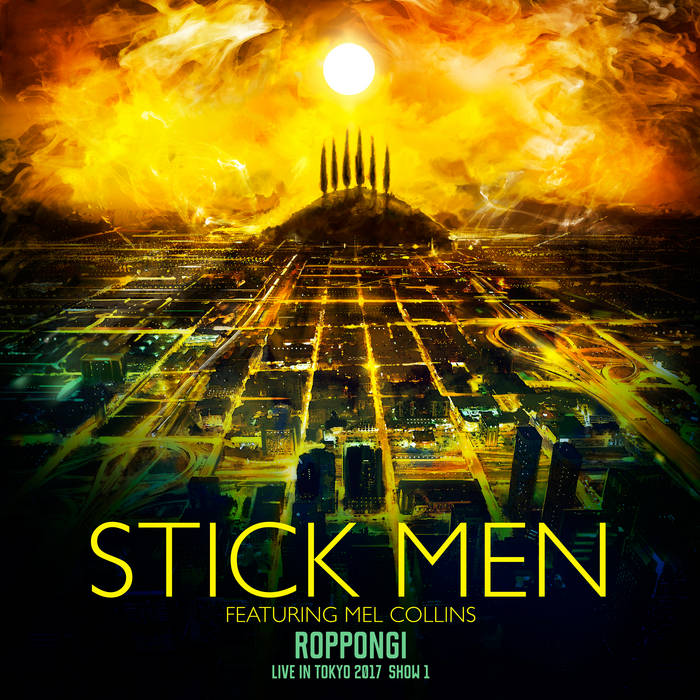 Stick Men and King Crimson fans are in for a treat. For the recent shows in Japan, Mel Collins joined the power prog trio Stick Men (Tony Levin, Pat Mastelotto and Markus Reuter) for six concerts. It's not the first time the Stick Men have collaborated with a Crimson alumni. In April 2015 David Cross went out to work with the trio, which resulted in the double album "Midori". Fans' hopes that the much anticipated concerts with Mel Collins would also be documented are now becoming a reality. We are digitally releasing two complete shows recorded live in Tokyo on February 21, 2017.

Pat thanks John and Garrison at DW Drums, Andrew, Kelly and Christian at Paiste, Ben at Vic Firth, Steve and Marco at Evans, John at Hammerax, Andrew and the folks at Roland.